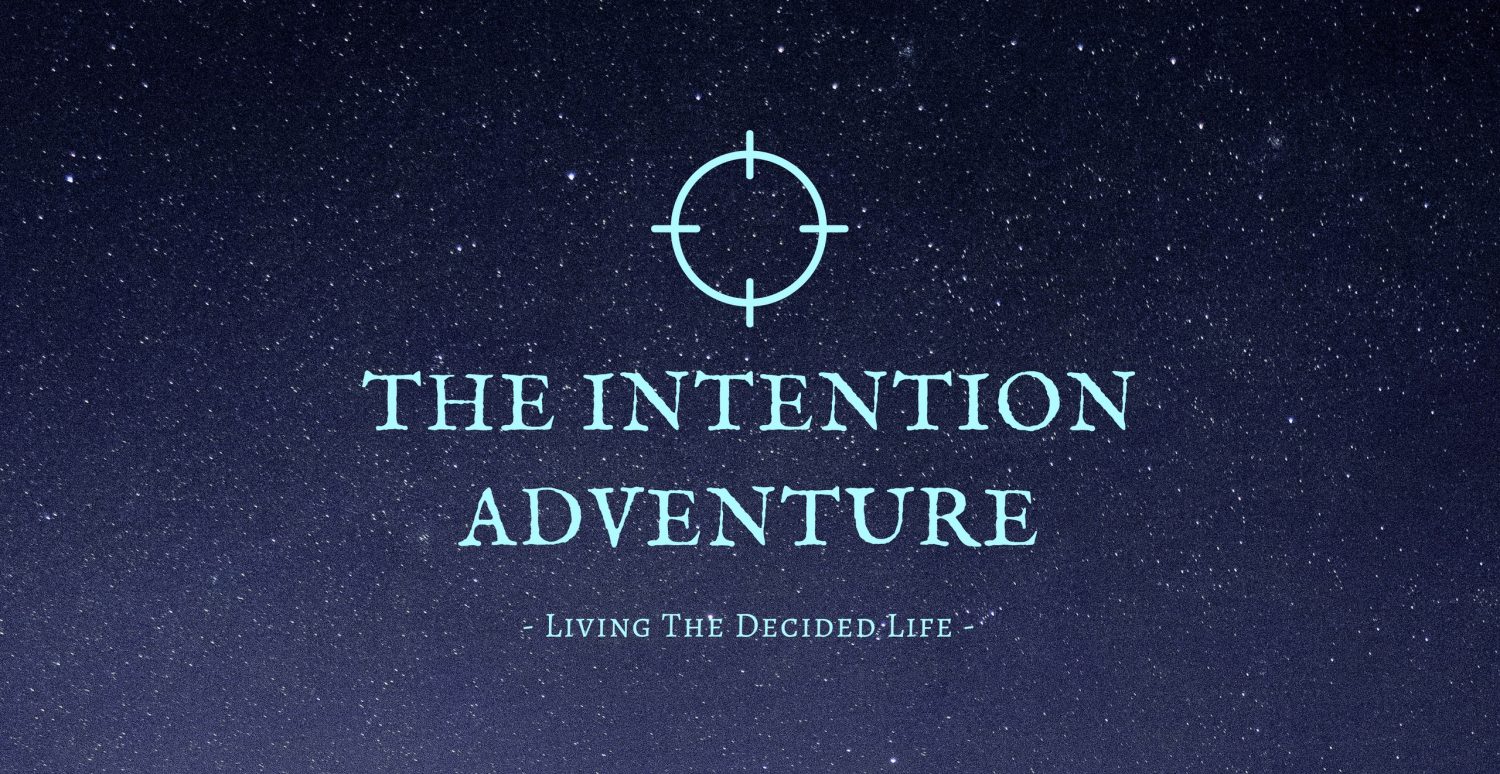 If I had the privilege of designing our nation’s public education system, it would not only include working a minimum of two weeks in the hospitality industry (as many others have noted is essential to developing empathy and appreciation for the services most of pay for on the daily), but it would also include working at any number of waste management sites. This is not punishment. This is Connection and a healthy dose of reality and everything else important to creating conscious, empowered individuals.

I made a youtube video years ago about the quirky routines I had at my house that minimized several sources of waste, things that made many viewers uncomfortable. Some of these things my housemate didn’t know until I disclosed them on that video and she began to nervously wonder what other filth she was living in unbeknownst. I didn’t buy Kleenexes or “facial tissue” as the unbranded item is so awkwardly named. I felt like the stuff was just glorified overcharged toilet paper. So I just used toilet paper… single ply Scott or some post-consumer material brand. But I am so not about that single-use-K-Cups-killing-all-the-sea-otters life. After I blew my nose, I would stash the used tissue in a small compartment, without a lid, so that the tissue would dry out and I would use it as actual toilet paper when using the toilet.

To be fair, I was not schnauzing out flubber substances. 99% of the stuff was clear, and in very tiny quantities. For the record, it is weird writing a summation of your yearly average nasal mucus production as I am doing right now… I imagine all weak souls have sloughed off from this post and unsubscribed… but I don’t really have any subscribers so I’ve got nothing to lose here.

I think I’ve saved an ancient tree in the Amazon through these efforts over the course of my adulthood. That would be another interesting thing to see first person- how much paper a particular tree will produce. Send the kids (after their visit to the sewage treatment plant, of course) to a canopy cloud forest in Costa Rica, and THEN send them to the Amazon to see that ancient tree I saved standing exposed in a highly deforested region used for GMO Soy crops and cattle production.

Let me tell you, there is something that drives home when you have to stand in the mass amounts of shit of all the stuff we use. You could have to work in a mile-wide stockyard in west texas, or you could haul the crap of you and your immediate companions from a Humanure Toilet system from the outhouse to the Hugelkulture swail. Personally I think only one of those will drive you crazy and make you sick. I’ve hauled a fair amount of crap in my life, and I know I’m saner for it.

Poop could easily overtake this whole blog post; while largely related to the broader topic at hand, I will try to remain focused on the stuffier aspects of waste.

Reusing my tissues was reducing/slowing my overall consumption of paper products, but

I remembered that people use to not use paper to discard of their bodily waste for the majority of our specie’s history.

Think about it. What the heck, right? I know at least 60% of you just thought of certain cultures that do the “wipe with the left hand, shake and eat with the right” custom… at this point I realize I’ve successfully culled another percentage of the still weak-souled readers.

Sure we can argue that our overall hygienic practices are keeping us healthier, but it’s like we threw out every other option of maintaining our bodily functions and kitchen messes or whatever other forms of reoccurring mundane maintenance.

I for one have reincorporated using handkerchiefs: I did the thrifty thing of inheriting about ten super fun bandanas from my granny after she finally had to stop backpacking at age 84. (Let me just pile on more things that we can aspire towards before the end of this blog). This way I have a useful purpose for a sentimental item that I’d like to keep around.

I also used old t-shirts that I didn’t really like wearing or that were already worn out or ripped up. You can cut these up into smaller rags for cleaning, as handkerchiefs, or workout towels when you go to the gym. Or you can use that sweet imagination of yours and enlighten me as to your reuse of t-shirts and tissue alternatives!

When I lived in Argentina, I stayed with at least 30 different hosts while I was traveling around. I don’t think a single one of those people bought trash bags, and many didn’t even have trash cans. They reused their produce bags from the markets (which are tiny in comparison to our typical trash bins), and very few residents were ever purchasing paper towels. We just washed regular towels when they got too dirty after cleaning. Duh.
On top of that, many of these homes had Bidet Toilets, largely because of the European vibe and influence in Buenos Aires. If you’ve never used a bidet or have no idea what I’m talking about, let me say I was definitely a bit intimidated by the little spigot spraying cold water (some with randomly higher water pressure than others, lol) at my ass the first several times I dared to try it. But now I see that we United Statians are the worse for not incorporating these more optimal contraptions into our waterclosets.

Read this short article called “Today I found out why Americans don’t use Bidets”
(Side note on Bidets, there are a variety of models, but they should do the general job of using water to clean your nether regions before just brushing off the surface with linty paper. Ew. Totally more hygienic and would reduce a great amount of the toilet paper we see as essential.)

Personal observation and opinion: Houses that use more stuff and paper/plastic products tend to have fuller trash bins, more of the time. This means you are just keeping crap in the corner of your kitchen until next trash day finally creeps around because you like the way it feels to have it over there.
Well, I don’t.
We don’t realize how much gross factor it adds to a living space until you live somewhere totally free of that type of clutter and yuck (which gets especially compounded when you’re tossing in meat and dairy by-products, or not composting your produce scraps. Effectively, there are rotting corpse pieces in your house, but don’t worry-
that’s normal…???).
Just because you keep crap in a consolidated storage compartment, doesn’t make it magically turn it into uncrap. It subtly (or overtly) emits aromas and particles, attracts flies, and takes up space.

If you think you might be unconsciously stuck in some consumer and waste patterns or suffer from post traumatic waste disorder (a term I’m coining right now to describe how one’s mind is so terrified of facing the reality of their waste production that it plays out many different coping mechanisms to protect itself from reliving the trauma that confronts them with the responsibility of and for that waste), it is easier than you think to start reducing your dependency on unnecessary papers and plastics. You don’t have to become a zero waste minimalist overnight to find peace of mind; just start with some simple experiments that are doable for you. Be willing to make some sacrifices or change a habit and get out of your comfort routine. This type of shit will keep your mind young and keep your spirit free.
Here are some examples of things you could do to consciously connect you with our personally levels of consumption and waste:

-Assist in a trail or roadside cleanup, or just bring a trash bag with you when you go on walks.
-“Disposable” Flatware and Dishware. THIS IS SO EFFING LAZY AND POINTLESS.
DO NOT EVER BUY THIS CRAP. Possible exceptions only include post-consumer recycled waste products.
-Poop in a bucket for a week. Or forever: This is obviously only for those truly serious about being fully responsible for their total waste and consumption. This makes you confront the byproduct of your diet because let’s be honest, cleaner diets don’t smell atrocious when they come out the other end. There’s also a responsible way to utilize this golden substance which does not include just dumping anywhere on the topsoil. Here’s a simple guide to point you in the right direction: http://www.humanurehandbook.com/
-Use those old T-shirts for rags: this will also help simultaneously declutter your closet! #winning
-Buy Food from the bulk section and eat more unpackaged produce in general. You can bring some containers you already own, ask a clerk to Tare them for you, and write the weight of the container on its top so you can subtract that from the total weight when you check out. Then you never have to Tare them again. Ta-da!
-If recycling services won’t come to your house, burn the paper stuffs in a bonfire and drive your plastics/metals/glass to a recycling facility. If you paid for it, it’s your responsibility. Don’t wait for some Municipal savior to save you from it. Deal with it.
-Decide to go without one type of recyclable or disposable product for a month trial. You choose how big a change you want to make.  You can cannonball into the deep end or barely dip a toe to see if the water’s fine.

I wish you all happy minimizing and fresher feng shui flow in your abodes.
Take on your reflections- body health, mind health, home health, planet health, human sanity. As within, so without.

***Bonus material! Check out a fantastic gal called Laura Singer. I particularly like her youtube video on zero waste toiletries. Her total amount of trash she accumulates in a year’s time fits inside of a mason jar… sit with that for a few minutes… :O